Some background … I was at the gym doing a workout and the windows face the main street where I live. Three fire trucks go by and you don’t really think much of it. Then I am heading home about 10 min later and as I drive the 7 blocks to my house I see lights and smoke and realize they’re at a house a block from mine. So, I run inside and grab my camera and without hesitation throw the Canon 85mm f1.8 onto my Canon 5d Mark Iv.

So, the wife and I drive down to a side street on the backside of the incident and I get out and go out for some photos. This is something I have been wanting to do for a while. That is capturing firefighters at work and with the cold air and slight mist and smoke the atmosphere was creating some interesting lighting. This also caused some tough focusing situations and I was trying to work fast. I switch my focus to single photo instead of servo, so I can have the AF confirmation and it still wasn’t perfect. I didn’t really think of settings as I am trying to capture the situation without missing anything. Most I shot at f2.2 to give me some room on the depth of field and I was at a relatively low ISO. ISO was set to 800 for all the photos and shutter was pretty slow which regret as some photos they were just moving to fast and that caused some blur. I should have gone to 200th of a sec and raised the ISO to help a little bit, but next time am I right?

Also, as of right now, no news of anyone being hurt, as the 30 min I was there, firefighters were in and out and no one was brought out to the EMS. There was crowed standing with the cops on the other side of the street and they might have been the homeowners. No news outlets have posted about this either, so hopefully that means it was a safe exit for the family.

Here are some of the photos I captured. 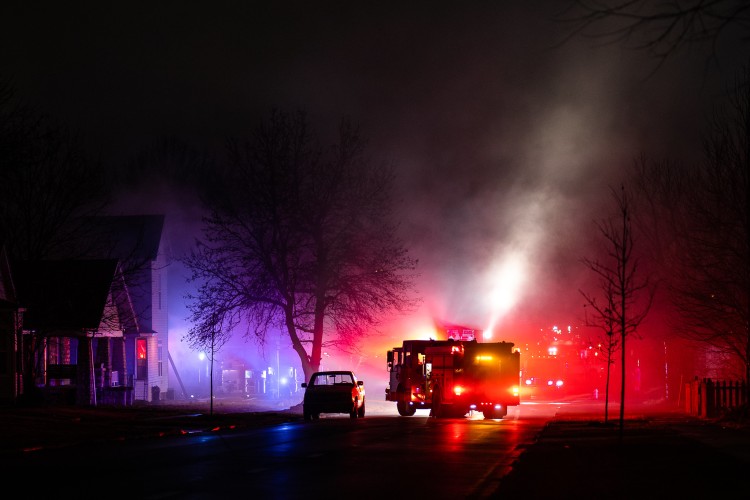 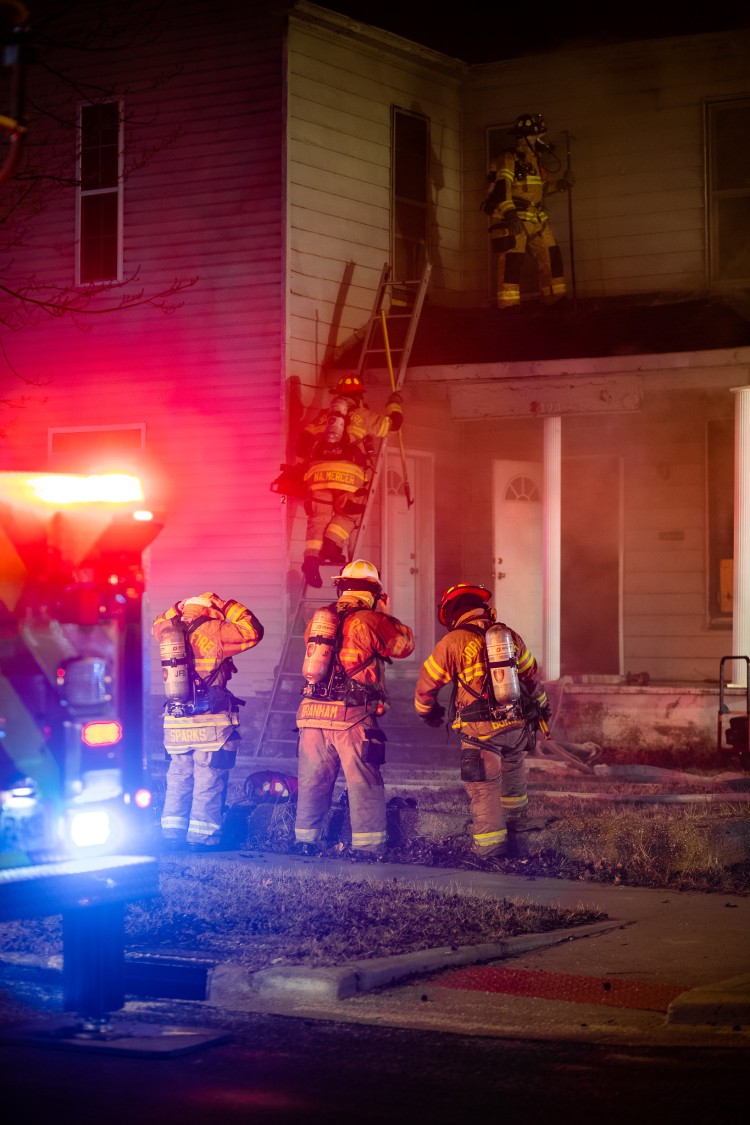 The smell of being there took me back. I lost a house due to a fire but mostly smoke damage when I was a kid. I don’t think it really effected me much looking back. Yeah, I had toys and stuff but toys are really just things you play with for a week and then they’re old news. It’s actually an on going joke with my dad that we kindly jab him with off and on. Sure it wasn’t a good thing as we then had to find somewhere to live until we finished the new much smaller house in the same spot but it could have been worse.

Anyways, the lens that I never doubt is the 85mm f1.8. (https://amzn.to/37Ysf9t) For the price and build, this lens is a tank. The autofocus is faster than the L series canon 85mm, the f1.8 is awesome for low-light and portraits, it’s just an awesome lens. I highly recommend this lens to anyone looking for a great street photography lens, a portrait lens or a low-light lens with some reach.

If you have any questions, hit me up on instagram as that is the best way. @ derekliving

I am a freelance photographer and full-time videographer. View more posts